The Ripple Effect of Play Therapy

The ripple effect of play therapy is often forgotten in the midst of schools often only seeing the 'one child' a therapist works with in a single session.

As a therapist in school, I can see up to six children in a day, which amplifies the benefits further.

Play therapy also works for groups of children (usually 4-6 in a group) so again, that adds to the positive ripple effect.

I've used pre-lockdown figures of an average class, because it makes the point with quite a strong image but also in the hope that one day, we may safely return to similar sized classes... 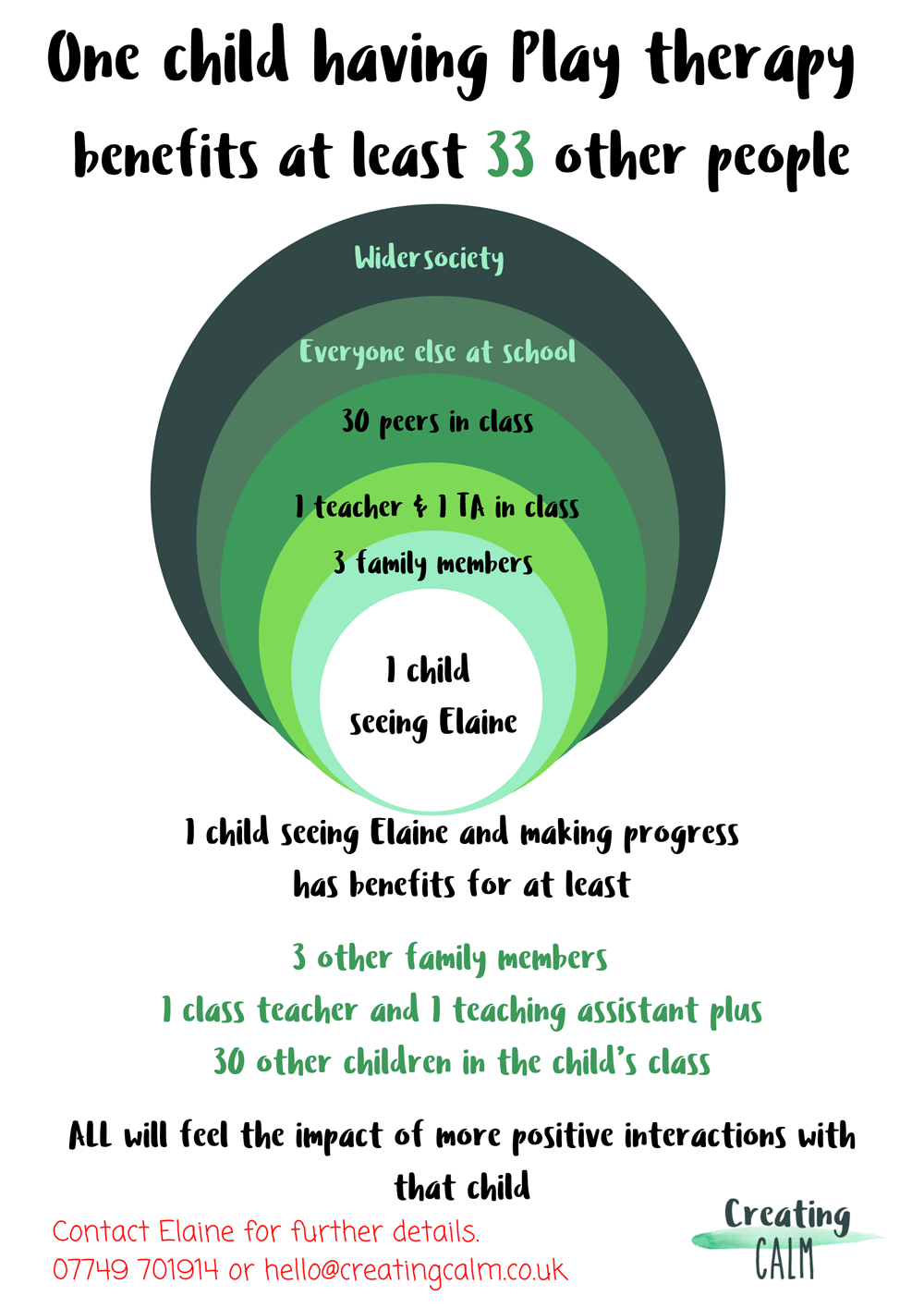