The wisdom of Winnie the Pooh (and A. A. Milne) 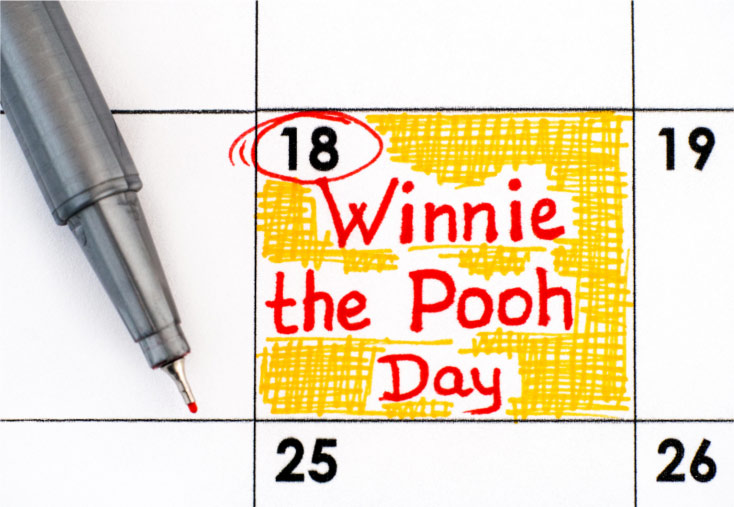 I’m probably giving far too much away about my age, but I grew up sharing many bear stories with my parents, especially my father.  Paddington and Winnie the Pooh were two of my favourite bedtime reads and whilst Paddington showed much wisdom in relation to marmalade and taught us all a lot about being an orphaned migrant, Pooh and his friends have much to teach us about coping with life and acceptance of both ourselves and others.

A ‘do-over’ is OK, you can become whatever you want to be

Alan Alexander Milne actually started out studying maths at Cambridge but began to write whilst he was still a student there.  After graduating in 1903, he began his career, writing for the magazine Punch.  After serving in World War I, including fighting in the Battle of the Somme, he became a writer of plays and also a detective novel, which have been overtaken by Winnie the Pooh which he wrote in 1926 and The House at Pooh Corner which followed in 1928.

Fantasy and imagination are great things

Winnie the Pooh was actually the teddy of Christopher Robin, Milne’s son.  He also owned a toy piglet, tiger, two kangaroos and a donkey, but Owl and Rabbit were invented by Milne for the stories.  Hundred Acre Wood, where the characters have their adventures is based on Ashdown Forest which Milne knew well.

It was never Milne’s intention that Pooh, and his friends, were to represent mental health disorders, in fact this comes from a tongue-in-cheek paper, published by Sarah Shea in the Canadian Medical Association Journal in 2000, acknowledging that they are assessing the characters with modern interpretation over 70 years after the book was first written.

The fan theory The Disorders of Characters in Winnie the Pooh:

Regardless of what you think about this interpretation, all the characters demonstrate characteristics that the reader, whatever their age, can identify with or see in people they know.   Milne writes with such understanding and compassion, showing the reader that a very diverse group of friends can still, in fact, be friends and help and support each other when help is needed.

Metaphor brings safe learning and acceptance of self

As well as the wisdom the characters impart, in quotes that have survived generations, it is probably the acceptance of each other’s strengths and weaknesses and compassion for differences that reflects most for any reader.  The ability to not feel alone because you can find yourself accepted through a similar character and if they can be accepted, so can you.

Metaphor is one of the safest and most powerful ways to learn in therapy and Milne’s metaphors carry relevance through time.

“Just because an animal is large, it doesn’t mean he doesn’t want kindness; however big Tigger seems to be, remember that he wants as much kindness as Roo.” – Winnie the Pooh