The Spider and the Boot 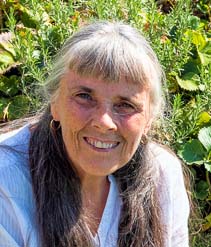 I tell stories for fun in performances, I tell therapeutic stories in pictures for those for whom words are just too much or too difficult (https://booksbeyondwords.co.uk/about), and sometimes I help people write (or draw) their own stories to say the unsayable.

When Elaine asked me to write about the importance of therapeutic storytelling for #NationalStorytellingWeek, I didn’t want to just give you a list of bullet points and academic explanations of why and how I do what I do.

I wanted to tell you a story.

So, are you sitting comfortably? Then I’ll begin.

I found Liyana crying in her bedroom.

Well, she wasn’t crying exactly, but I could see she had been. Her eyes were red and puffy, her hands were shaking.

I guessed what was wrong. I sat on her bed and held out my arms. She wriggled in for a cuddle and wiped her face on her sleeve.

She sniffed and nodded.

‘You know, we’ve got to talk to someone about this, it can’t go on.’

She shook her head. Her back stiffened. I was on thin ice. One wrong word, and she’d bolt. Goodness knows how long before she’d let me get this close again.

I took a breath to begin. Things had to be said.

Liyana looked up at me, wide-eyed and put her hands over her ears. ‘Don’t talk,’ she said. ‘Talking-words hurt.’

I nodded and held her silently. Eventually, I tried… ‘May I ask a question?’

She nodded. ‘As long as it’s not about THAT.’

‘I just wanted to know if you’ve got earache?’

She frowned. ‘Don’t you ever listen? I said it’s “talking-words that hurt”, it hurts in here…’ her voice cracked as she pointed to her chest and throat.

I blinked. ‘If you haven’t got earache and talking-words hurt, then why cover your ears?’

She sighed, rolling her dark eyes. ‘To stop hurting words getting IN, of course.’

I sensed her unspoken ‘Stupid woman!’ at the end.

Liyana steadied her voice. ‘But if you’re just going to say ordinary stuff…’

‘Like, I popped round to see if you wanted to go swimming?’ I suggested.

‘Yup. Those words are OK, but “We’ve got to talk about that,” really hurts. She tapped her chest and throat again. ‘It makes me feel sick and I want to run. Anywhere. Then my voice gets stuck in my throat and I can’t say anything, so please…. Don’t let’s talk about that.’

‘Let’s see, shall we?’ I closed my eyes. Liyana snuggled against me like a small child. ‘Once upon a time,’ I began, ‘there was a spider.’

She glanced up at me. ‘I don’t like spiders.’

‘This one’s a friendly one, and doesn’t want to hurt anyone, and she’s not coming anywhere near here,’ I reassured her.

‘Go on.’ She snuggled down again.

‘Well this spider, what’s her name, by the way?’

‘No. Her name’s Jaqueline, and she likes being a boy sometimes.’

‘Right. Fair enough. Well, Jack lived on a big old welly boot at the back of a cupboard. Don’t worry, it’s a cupboard you’ve never seen and it’s not your boot.’

‘That’s all right then.’

I reached for my bag and offered Liyana an apple. She took it and began to nibble.

‘Well, there were lots of spiders in this cupboard, but Jack was the only one who lived on the boot. Sometimes she lived inside, in the big, dark cave, where it was snug and warm, but in summer, when the air got hot, she moved out to spin her webs between the ridges on the boot sole.

‘Her friends said, “Honestly, Jack, that is really dangerous. The human could come any day and put that boot on, then you’ll be squashed.”

‘Jack didn’t believe her friends. “It’s not a boot, it’s a cave on the inside and lovely craggy hills on the outside, I love it here.”

‘But Jack lived too close to the boot to see it for what it was, or the danger that lurked. One day, the owner did come and pull his boots out of the cupboard. Luckily, Jack wasn’t inside, and she fell on the floor, but all her carefully made webs – her whole life and everything she had – was smashed as he pushed his huge, smelly foot inside and stomped away.’

‘She was, but most importantly, she was now far enough away to see she really had been living on a boot, so she took her friend’s advice and spun her next web up in the top of the cupboard, where the boots never went and she lived happily ever after.’

Liyana considered her apple, then held it at arm’s length. ‘So, Jack was too close to the boot to see what it really was?’

‘But once she stood back a bit and could see the boot properly, she was safe?’

She bit the apple to the core, then looked up at me. ‘That’s a silly story.’ 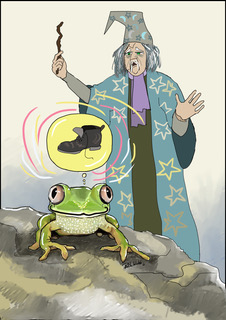 ‘There was once a frog. he was green and had beautiful big golden eyes, and he wanted, more than anything…’  Liyana hesitated, her voice dropped. ‘He wanted not to be scared of stuff.’

‘Did Frog have somewhere safe to go?’ I asked.

‘What was Frog scared of?’

Liyana leaned close and whispered in my ear. ‘You know.’

‘Ah.’ I bit my lip and thought for a bit. ‘Well, how about instead of calling the scary stuff that, we dress it up and turn it into a fairy tale character? Then we can talk about it with it hurting?’

Liyana threw the core at the bin and missed.

‘Frog is scared of a nasty, smelly wizard who dresses up posh and insists he knows what’s best, but he keeps hurting the poor Frog. But Frog is too scared to run. Where could he go? The only good days are when its fairy godmother comes with bags of yummy worms and flie. Those days are safe days.’

I swallowed the lump in my own throat, then took up the story. ‘Then one day, the fairy godmother said, “That old magician is really horrid, but if you let me, I can help you find some magic words to turn him into… What shall we turn him into?’

Just then the kitchen door opened and closed. A man’s voice yelled, ‘Liyana! Where are you?’

‘When you see him, just summon up an image of a smelly old wizard…’ I whispered.

‘Or an old boot?’ she giggled.

The reply was indecipherable. I took it for consent.

Liyana ran downstairs swinging her costume and towel. I could have sworn she was muttering ‘Old Boot, old Boot!’ as she ran past her father. But he was too busy pouring brandy into a mug, and didn’t seem to notice.

I took her swimming – and in her sparkly green suit, I swear she swam like a frog. These were early days, it’d be long time until we could get her to social services, but the story had a beginning.

All it needed now was a middle and an end.

Beth Webb’s books for children and young adults are available from:  https://www.bethwebb.co.uk/my-books

Find out more about her illustration work here:  https://www.bethwebbillustrator.co.uk/ and booksbeyondwords.co.uk

Beth has a short YouTube film on how to write a basic story here: https://www.youtube.com/watch?v=pwnv5Qq0G5s&t=4s

You can find her (fun) stories for children on the same channel.

Her storytelling for adults is here: https://www.youtube.com/channel/UCsdykn4MrvvO2lM88S4pkIw/videos