Therapeutic Stories (and Bob the Brush) 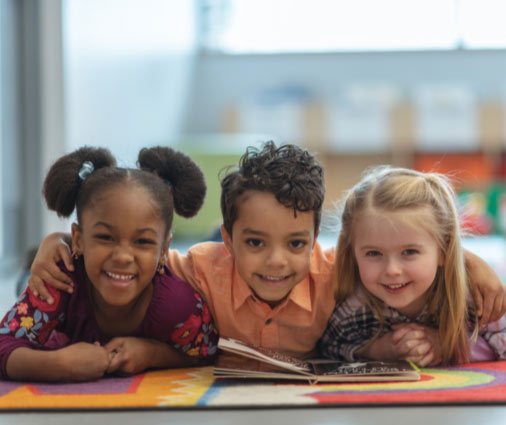 Stories are a resource used again and again in therapy to support children and teens. Stories have been used since time began for teaching, healing and sharing experiences.

One of the most powerful ways I use stories in therapy is to write a therapeutic story to support a child I am working with. Our brains are structured in such a way that we may not pay attention to someone telling us something, but we will respond to the same information when it is put in a story with a powerful metaphor.

Metaphors also give children and teens another layer of safety around events – it’s safer to consider events and outcomes when they happen to something else in an appropriate context. By writing a story for a child or teen that is specific to their personality and their own therapeutic needs the child or teen can have an increased sense of being special, being understood and being nurtured.

This was a story I wrote a while ago for a past client who was struggling with needing a lot of teacher attention in class, which was then causing some friendship issues. They also didn’t feel they were very academic compared to their peers so gave up easily and wouldn’t even attempt work they considered challenging. They also found settling and sitting still in class hard which further compounded their issues with learning and friendships. Bob the Brush was written for them. 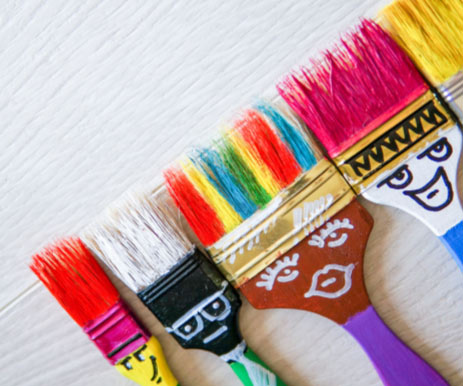 It was Monday morning in Miss Brown’s art classroom all the paintbrushes were neatly lined up ready to help the nursery children paint.

No people were around yet, so the paint brushes could safely talk.

Bob Big Brush was eager for the day to begin. He liked working with the children, they painted big pictures and he loved being swished across the paper. He pushed his way to the front of the box the brushes lived in, ready to be grasped by chubby hands. He was so excited he didn’t notice he was shoving the little brushes.

‘Stop pushing us’ they said crossly to him, ‘You need to calm down and wait your turn!’

But Bob wasn’t listening. He was just too excited. He hopped up and down enthusiastically. He simply couldn’t stay still.

‘Just stop a minute and take a deep breath!’ called the littlest brush. Bob was too busy hopping, hoping he was going to get picked and didn’t pay attention.

‘Oy!’ shouted the spiky brush, rather grumpily. ‘Stand still and count to ten. Just try and calm down.’ But Bob didn’t listen. He was so used to being told to calm down when he simply just couldn’t, so he ignored all of them. He wanted to get picked first.

‘Shhh!’ called the projector from across the room. ‘Freeze! They’re coming!’

The morning went really well. Miss Brown was painting autumn pictures with the children. Bob got picked to be dipped in the brown paint and make tree trunks. He did lots of painting. The little brushes helped colour the autumn leaves in orange, yellow and red.

Immediately she was gone, trouble was started by William Water Pot. He was jealous he couldn’t swish across the paper like Bob.

‘You were used by the children much more than the little brushes this morning.’ He informed Bob. ‘That’s so unfair.’

The little brushes kind of agreed with William but felt they ought to defend their friend. They did all like Bob. He was a good friend, even if his eagerness sometimes was terribly annoying.

‘But everyone had a bit of a turn,’ said the tiniest brush, ‘The picture wouldn’t have been the same without Bob.’

But William didn’t listen. He didn’t feel that Bob’s enthusiasm and hopping about was fair on the others. He slowly edged across the worktop until he was right next to Bob. With one big wobble, he knocked Bob down behind the radiator.

Bob landed with a ‘flumpf’ of dust. He was surrounded by all the things behind the radiator and he couldn’t really move. Every time he tried to wriggle he slipped further and further down. Soon he was tangled in all the things that had already slipped down behind the radiator and was pretty jammed. Bob thought back to what the other brushes had said. He tried counting to ten, but he was so panicked he lost count. Then he tried deep breathing, but all the dust and fluff made him sneeze. Nothing seemed to be working and Bob thought he might be stuck there forever. He began to cry.

A beautiful, grey dust bunny, with a dusting of silver glitter left over from Christmas, looked at him and smiled. ‘You’ll be ok.’ She said kindly.

‘No, I won’t’ replied Bob sadly. ‘My wriggling got me stuck here.’

‘And your wriggling might just help get you out.’ the dust bunny observed. Just then the classroom door opened. A breeze from outside blew the dust bunny to the other end of the radiator.

Bob looked around and thought carefully. He wondered if he could use his wriggling like the dust bunny said.

Full of his great idea, he took a deep breath to calm himself and jumped onto a ruler. He was so pleased he had got there that he hopped up and down excitedly. The ruler tipped, and he slipped off, jamming him against a crumpled ball of paper.

Bob was stuck again. This time he stopped and counted to ten. Whilst he was counting, he noticed that the crumples in the paper were like steps, if he looked carefully. ‘I wouldn’t have noticed that if I had been busy wriggling.’ Bob told himself proudly. ‘I’ve got this.’ Carefully he did a series of tiny hops, making it to the top of the paper ball.

From the paper ball he made a series of planned moves, like the superhero the class had been watching in a movie. He was proud of himself. He’d thought about what he needed to do, he’d stayed calm, moved carefully and made it almost to the edge of the radiator. He was nearly free!

Drip, drip, drip! Glue poured over him. Someone had knocked over the glue. Bob really wriggled, trying to get free. It didn’t work. Soon it would dry, and he would be stuck forever behind the art room radiator.

Bob realised he needed to stop wriggling. He channelled his inner superhero. Carefully he made his way to the edge of the glue pond, making sure he kept his bristles out of the glue, but he was still pretty sticky.

Finally, Bob made it out to the art room floor. Hurrah! He called to the little brushes, but they had been put away in the box and couldn’t get out. He’d have to fix it on his own.

He made himself stop and take a few deep breaths. He needed to think of a plan and wriggling wouldn’t help now. Looking round, Bob realised that looking up from the floor, a pile of boxes made a mountain to the edge of the work surface. Using the sticky glue to help stop him slipping, Bob hopped slowly all the way to the work surface. It was hard work and he was very tired when he got to the top.

The little brushes cheered when they saw him and called him back to the box. ‘Well done Bob! Just look what you can do when you stay calm and think first!’

Bob felt pleased. He realised that having loads of energy was great but sometimes he needed to use his calm down skills too. He refused to get back in the box and get them all sticky. He waited quietly next to the box all night so that Miss Brown would find him easily in the morning and hopefully wash his bristles!